William Turner (J.M.W. Turner) is one of my all-time favourite artists. He was inventive, passionate and creatively, he was not afraid to go against the norm – somewhat taboo in the 18th century. I had been eagerly awaiting the release of the film, Mr. Turner and purchased two tickets for the very first showing on Friday 31st October 2014 at the Arts Cinema, Cambridge.

To begin, I was sad to see Turner portrayed as a plump man with little regard for human emotion. But to me, the film seemed sparse of all creative input, which I am certain all viewers had hoped to see. There was so very little emphasis on his work or technique and only one reference made to him being tied to the mast of a ship to inspire and furnish himself with enough mental reference to paint the all too familiar and most beautiful painting of the Temeraire!

I am delighted to have seen the film, but quite disappointed not to have been given more visual input on the great master’s creative mind! I do wonder how many in the audience made a mental note of his colour palette? 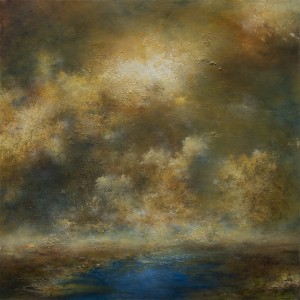